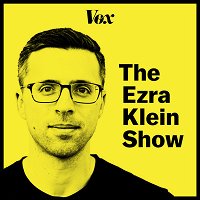 You may have been following — I hope you are following — the New York Times's recent UFO reporting. Videos that the Navy confirms are real show pilots seeing and marveling over craft they can't explain. And as former Senate Majority Leader Harry Reid put it, those videos “only scratch the surface” of the Pentagon's UFO research.

UFOs are one of those topics that it’s hard to take seriously because they’re covered in kitsch and conspiracy. But there are those who take them seriously, which means approaching the question with humility. The history, frequency, and consistency of these events point toward something that merits study. But the explanations we force onto them — from religious visitations to aliens — confuse us further. We’re working backward from beliefs we already have, not forward from phenomena we don’t understand.

Diana Walsh Pasulka is a professor of religious studies at the University of North Carolina Wilmington and chair of the Department of Philosophy and Religion. In 2019, she published a fascinating book called American Cosmic: UFOs, Religion, Technology, in which she embeds in the world of UFO research and tries to understand it using the tools of religious scholarship. The results are revelatory in terms of theory but also in terms of the things she sees, learns, and is forced to confront.

Sometimes it's healthy — and, to be honest, fun — to train our attention on what we can't explain, not just what we can. In this episode, we do just that.

Passport to Magonia by Jacques Vallee

Authors of the Impossible by Jeffrey J. Kripal

UFOs: Generals, Pilots, and Government Officials Go on the Record by Leslie Kean