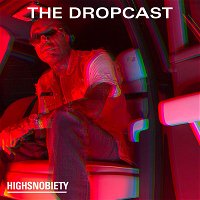 We have two special guests on this week's episode. First up, Highsnobiety Editor-in-Chief, Thom Bettridge, calls in to discuss the hottest news in sneakers, fashion, and beyond. And then hip-hop legend, DJ Paul, joins us to dish on his new podcast, Mafia Radio.

Led by host Noah Thomas, Thom begins the show by providing his thoughts on a number of high-profile sneaker collaborations, ranging from Vivienne Westwood's new ASICS, to Grace Wales Bonner x adidas and Aimé Leon Dore's obscure New Balance project. Next, the two delve into Reebok's appointment of Kerby Jean-Raymond as its Global Creative Director and Tyler, the Creator's message to fans regarding voting in the upcoming election.

DJ Paul then joins the program to speak on his new podcast on Hot New Hip Hop, called Mafia Radio. The show will include interviews with celebrities, discussions on everything from music and fashion, to cars, real estate, and politics, and stories from the man himself on the younger, wilder days of Three 6 Mafia.

Elsewhere on The Dropcast, DJ Paul touches on Three 6 Mafia's influence on the new generation of hip-hop, 2020 being a year for the hustlers, and his duties as the "hood newsman."

Press play above to hear Thom Bettridge and DJ Paul on The Dropcast, and look out for Mafia Radio coming to Hot New Hip Hop in early-to-mid October. Next
The Dropcast #131: ANGELO BAQUE WANTS TO SEE BRANDS NURTURING BLACK & BROWN TALENT
← See all 137 episodes of The Dropcast