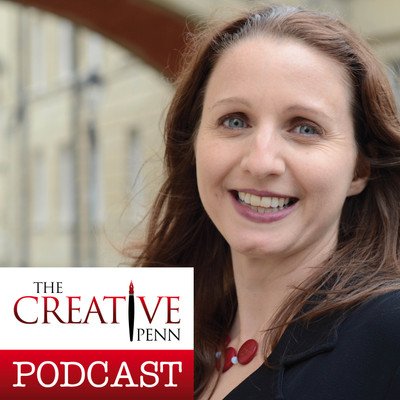 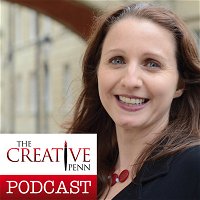 Reflections On A Decade Of Self-Publishing With Joanna Penn And Orna Ross
41 minutes Posted Dec 22, 2019 at 10:10 pm.
0:00
41:56
Download MP3
Show notes
Joe Konrath, one of the early US indies, said that “2009 will go down in publishing history as Year Zero for the upcoming ebook revolution.” [JA Konrath's blog]. Back then, I had a couple of books available and still worked my consulting day job, but the eco-system we have now is almost unrecognizable from a decade ago. It's a lot better!
In this episode, I share a discussion I had with Orna Ross for the Ask ALLi podcast about the last decade and the inflection points that have changed the business model for indies along the way. As this goes out in Christmas week, it's just the interview with no news or personal segment. Happy Holidays!

Orna Ross is an award-winning author of historical and literary fiction, a poet, non-fiction writer, and founder of the Alliance of Independent Authors, as well as one of the Top 100 Most Influential People in Publishing according to The Bookseller.
Joanna Penn is an award-nominated, New York Times and USA Today bestselling author of thrillers under J.F.Penn and also writes non-fiction for authors. She’s also a podcaster and an award-winning creative entrepreneur. Her site, TheCreativePenn.com has been voted in the Top 100 sites for writers by Writer's Digest.
We discuss:

* Round-up of 2019 for indie authors — lots of small, incremental improvements. A good year for wide publishing with the expansion of PublishDrive and FindawayVoices, plus B&N has a new CEO, James Daunt, who shook up the UK chain Waterstones. Chirp for audio promotions and Google indexing podcast episodes means audio potential continues to rise. Amazon Advertising expands into UK and Germany (as well as France, Italy and Spain after we recorded.) Indie authors get into more libraries with the pay per checkout model for audio and ebooks.
* 2009 as ‘day one' for self-publishing, certainly in the USA, spreading out to other markets over time. The year it became possible to make a living as an indie author.
* 2010 – Apple iBooks launches.
* 2011 – 99c ebooks and the first Kindle millionaires. Romance authors with large trad pub backlists went indie. The media emphasized the trad pub vs indie models. Plus, Borders went bankrupt. ACX launches in the USA (but doesn't open up to the UK until 2014).
* 2012 – Launch of Kobo Writing Life, Draft2Digital, BookBub, and the Alliance of Independent Authors
* 2013 – Ingram Spark launches (although Ingram had been around a lot longer). [First stabilization of initial eco-system – low pricing + a number of ebook retailers + email blasts + review sites like Goodreads]
* 2014 – Launch of Kindle Unlimited, which impacted ebook sales almost immediately. A new business model arose with an emphasis on fast production within KU niches. A pivotal shift in the indie space, at the same time as ‘wide' companies Kobo Writing Life, Draft2Digital, Ingram Spark and others offered another way. The conversation shifted from trad pub versus indie, and then it became exclusive versus wide.
* 2018 – The end of organic reach and the rise of paid advertising. It was no longer possible to upload a book and sell copies with no advertising, and authors with a big backlist had to keep those books alive with paid ads.
* 2019 – The incremental changes have led to a mature eco-system of global, digital opportunities for indie authors and multiple business models.
This podcast uses Blubrry for stats, and dynamic audio, and Blubrry for stats. Learn more on this podcast's About tab.

Previous
From Book To Hollywood Film With Ken Atchity

Next
2019 Round-Up. Did I Achieve My Creative Goals? Did You?
← See all 200 episodes of The Creative Penn Podcast For Writers