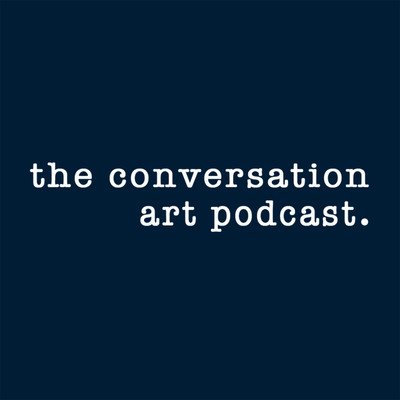 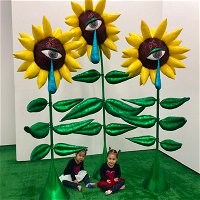 Her multiple living spots throughout New York, from Astoria to Bedford Stuyvesant (where she heard gunshots on her block more than once) to the Upper East Side and back to Brooklyn, initially guided by the need to have a basement for band practice, and later by proximity to her husband’s work and their friends in Brooklyn; her 2015 Instagram post (also shared on FB) -- of her double breast-feeding her newborn twins while simultaneously working on her laptop, couple with a very thoughtful and provocative caption about her experience as a mom and artist who’s transformed for the better – which went viral, and what her experience as a viral celebrity was like, both pros and cons; the change in her artwork after having kids, which went from much darker to more colorful, including starting to use metallic spandex in her sculptures right after her kids were born. 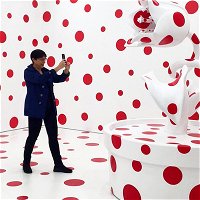 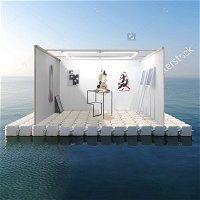