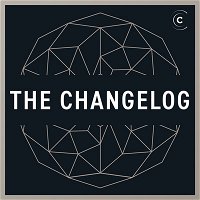 We’re helping Atlassian to promote Season 2 of Teamistry. If this is the first time you’re hearing about this podcast, Teamistry is an original podcast from Atlassian that tells the stories of teams who work together in new and unexpected ways, to achieve remarkable things. Today, we’re sharing a full-length episode from Season 1 which tells the story of the team that fashioned the Apollo 11 spacesuits.

When Neil Armstrong stepped on the moon for the first time, we don’t actually see his face. We see his moonsuit. That moonsuit — in effect — is Neil Armstrong; an inseparable part of this historic moment. While the spacesuit kept him alive to tell that story in his own words, what went unnoticed is the extraordinary team that stitched it together.

Join Changelog++ to support our work, get closer to the metal, and make the ads disappear!

Teamistry is the chemistry of unsung teams that achieve the impossible Season two begins September 21st. New episodes every other Monday. Teamistry is hosted by award-winning documentary and feature film director Gabriela Cowperthwaite.

In the final episode of Season 1 of Teamistry, host Gabriela Cowperthwaite shines a light on the team of seamstresses and engineers whose meticulous craftwork, creativity, and dedication helped us realize the dream of putting a man on the moon. In this episode, Joanne Thompson and Jean Wilson — two of last surviving seamstresses who worked on the Apollo 11 moonsuits — talk about the intricate seams, needlework, and personal sacrifices that went into outfitting Neil Armstrong. We hear from Homer Reihm, one of the engineers who worked with the seamstresses, and Bill Ayrey, former historian at ILC Dover and Nicholas de Monchaux, author of ‘Spacesuit: Fashioning Apollo’, who take us through the pivotal moments of this monumental task. Also, Janet Ferl, the current design engineering manager at ILC Dover, tells us how the legacy of dedication and teamwork on the Apollo 11 moonsuit continues to inspire the company today.

This podcast uses Chartable for stats, and tracking. Learn more on this podcast's About tab.

Next
Spotify's open platform for shipping at scale
← See all 431 episodes of The Changelog: Software Dev & Open Source