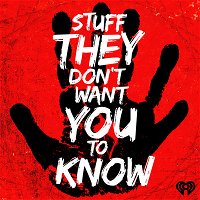 For centuries the U.S. government conspired to persecute, attack and marginalize the native population. When open warfare became too expensive, some factions of the government proposed a different approach -- what if, they wondered, we erase native culture? This inspired a massive industry of forced assimilation. Thousands of children were forced into boarding schools where they were taught to act more 'European' while being abused, exploited and placed into forced labor. Tune in to learn more about the conspiracy of forced assimilation, and how its long-reaching consequences affect the country in the modern day.

Previous
What Happened to Emanuela Orlandi?

Next
COVID IV: Too Soon or Too Late?
← See all 624 episodes of Stuff They Don't Want You To Know