Episode 24: Something in the City (1950) & David Boyd Haycock on Augustus John

The theme of Episode 24 is painting and painters, of which Soho has seen many.

In the first half of the programme, David Boyd Haycock joins Dom in the Leicester Arms on Glasshouse Street to talk about the so called “King of Bohemia”, the artist, Augustus John. John was described by one of his tutors as the greatest draftsman since Michelangelo – high praise indeed!

Lovely photograph of Augustus John in 1929 with Tallulah Bankhead and his painting of her.

In the second half of the show, writer and broadcaster, Mark Brisenden, talks about the 1950 comedy, Something in the City starring Richard Hearne.

Richard Hearne was incredibly famous in his day, mostly for his “Mr Pastry” character who was a staple of kids radio and TV throughout the 40s and 50s.

Click HERE to see a set of lobby cards and a flyer produced by Butchers films to promote Something in the City.

Richard Hearne in another short film from Pathe

Follow David Boyd Haycock’s BLOG and check out his publications.

You can follow Mark Brisenden on Twitter, buy all three series of Flywheel, Shyster and Flywheel on CD and download his recent book, Cybil Liberty: Radio Detective inspired by the Golden Age of American Radio.

It was whilst having a conversation with Phil from Reelstreets, that I first heard about the Something in the City and its particular Soho connection. Have a look at the locations from the film on the ReelStreets website.

Like many pubs, The Toucan has had a tough time during lockdown and will be affected for some time to come with restricted numbers meaning this small establishment will only be allowed to welcome a handful of people. Please consider donating to their Go Fund Me campaign to help PROTECT THE TOUCAN

Buy the Mr Pastry Collection DVD box set, which includes Something in the City from Renown Pictures.

The originator of Soho Bites, Dr Jingan Young, has launched a new research project. Find out all about it on the Cities in Cinema website and follow the project on Twitter.

Thank you for listening. 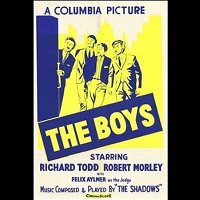 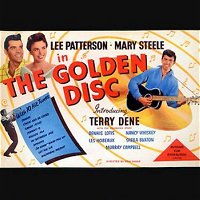