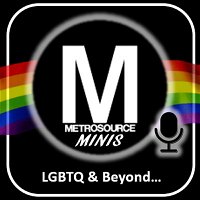 Drag Out The Vote with Phi Phi O'Hara
17 minutes Posted Aug 20, 2020 at 2:00 pm.
0:00
17:03
Download MP3
Show notes
1 out of 5 members of the LGBTQ community is not registered to vote and this election and Jaremi Carey, creator of Drag Race's Phi Phi O'Hara, ain't having it. As a co-chair of Drag Out the Vote campaign, their initiative is to mobilize drag artists across America to increase voter participation in their communities this November with big name to local city Queens.
In addition to Jaremi’s Phi Phi O’Hara character, he has stayed in the social media spotlight through his photo projects of 365 Days of Drag as well as his Harry Potter inspired Wizardry series, where he recreated looks from both the male and female characters. Jaremi has one heel in the drag world, and one foot in the cosplay scene.
We chatted with him about the campaign, his time on Drag Race, and surviving quarantine with your boo.
This podcast uses Spreaker for stats. Learn more on this podcast's About tab.

Next
Scissoring Isn't A Thing with Daryn Carp
← See all 18 episodes of Metrosource Minis: The LGBTQ World & Beyond