Female Sexual Predators of Males with Julie Brand
57 minutes Posted Sep 7, 2018 at 10:25 am.
0:00
57:40
Download MP3
Show notes
Julie Brand, author of A Mother's Touch: Surviving Mother-Daughter Sexual Abuse joins us for a third time! With the #metoo movement reaching more places we've also heard many stories from men who have been sexual abused by female predators. Today we discuss actress Asia Argento who is one of the women that came out about Harvey Weinstein. It is alleged that she had a sexual relationship with a 17 year old young man. We talk about the impact that this kind of abuse can have on young men and why it is, in many ways, harder for them to come forward.

Julie is one of the presenters at https://cacnc.org/training/.

Julie Brand, M.S is with CAPER Consulting (Child Abuse Prevention, Education and Recovery). She can be reached via her website at www.caperconsulting.com.

She is a powerful advocate for mental wellness through her own firm, CAPER Consulting: Child Abuse, Prevention, Education and Recovery, but during her two-and-a-half-decade long career as a guidance counselor in middle and high schools Julie watched over children with a fierceness she would not begin to understand until her late thirties. She dedicated CAPER Consulting to confronting the subject of mother-daughter sexual abuse and educating other professionals about the complex dynamics of maternal incest and how to intervene effectively on the behalf of victims.

As early as 1988 Julie was nominated by her colleagues for the Reader's Digest "American Heroes in Education" program because of her child abuse prevention work. She began teaching workshops that were popular at other school districts and spoke at national conferences on the subjects of child abuse, adolescent depression, and bullying related to sexual and gender identity. By 2000 she had written a successful grant to establish a “lending library” with resource materials on child abuse. She also trained her colleagues though in-service courses on how and when to report cases of suspected abuse.

At a more personal level, Julie’s counselling positions allowed her to encourage the children in her charge to focus on resiliency whenever she believed they might be exhibiting stress-related behaviors that were related to their own family dynamics. She believes “children know the difference between something done accidentally and something done ‘on purpose’” even though they may not be able to articulate it until they are older.

Now semi-retired, Julie continues her advocacy of children’s mental wellness by sharing her own experience as a survivor of emotional child abuse and mother-daughter sexual abuse. Julie reports that the latter topic is “under-recognized, under-researched and under-reported” in her 2007 book, A Mother’s Touch: Surviving Mother-Daughter Sexual Abuse (Trafford Publishing). She explains that it was only after her mother’s death that she began to understand how her own childhood may have informed her career choice and how it helped her to recognize some of the more subtle signs of abuse in others.

In 2005, Julie began offering private workshops and full-day training courses nationally on the topics of “The Best Kept Secret: Mother-Daughter Sexual Abuse”, “Resiliency 101: From Victim to Survivor” (since 2009), and “A Close-up Look at Female Offenders in Positions of Trust” (since 2009). Last year she launched a new workshop, “Providing Therapeutic Support for Victims of Female Perpetrators”.

Julie earned a BA (English) at the University of Oregon, Eugene, an MS (Counseling and Guidance) from North Dakota State University, Fargo, and has done additional postgraduate work in her field.
This podcast uses Spreaker for stats. Learn more on this podcast's About tab. 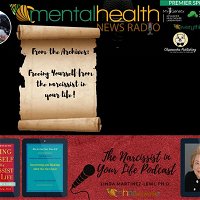 Previous
From the Archives: Freeing Yourself from the Narcissist in Your Life 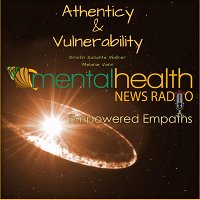