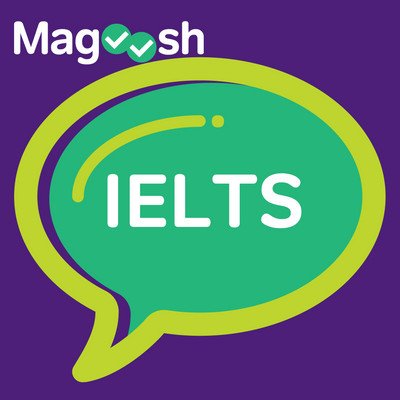 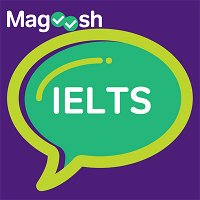 Learn how to improve your IELTS band score with Magoosh! Use coupon code ieltspodcast to save 20% at ielts.magoosh.com

Welcome to the Magoosh IELTS Podcast! This is Episode 27. In this episode, we’ll discuss a very important IELTS Writing skill: sentence construction. Eliot and I will talk about some powerful sentence patterns, and how you can use them to improve your writing.

And don’t forget to visit us at IELTS.Magoosh.com for more great resources to improve your IELTS band score. Use coupon code “ieltspodcast” to save 20% off your IELTS test prep!

Naomi: Sentence structure can be so tricky, can’t it Eliot? I mean, there must be thousands of useful sentence patterns in English.

Eliot: That is true Naomi. But at the same time, you won’t need to use thousands of sentence patterns in your IELTS Writing Tasks.

Naomi: So how many different sentence patterns should our students be thinking about?

Eliot: A handful of really good ones should do the trick for IELTS Writing. In fact, I have a short list that could serve a lot of our students well: six simple but powerful sentence patterns.

Naomi: Only six? Those sentence types must really pack a punch.

Eliot: They do. But what’s really important is that students focus on a small number of sentences they think they can do really well. Trying to master too many sentence patterns can wear you out and waste time. Several good ones is enough.

Naomi: I’m excited to hear about your picks, then. What’s the first pattern students should know from Eliot’s “Stupendous 6?”

Eliot: Let’s start with “it is” plus adjective, plus “that.”

Eliot: Right. The phrase “it is,” followed by an adjective, followed by the word “that.” It’s a common sentence beginner. It’s great way to start the kinds of smart-sounding academic sentences you’d use in an IELTS Writing Task 2 essay.

Naomi: Intriguing! But can you give me an example?

Eliot: Yes, let me think of one. OK…. Suppose, for example, that  you get a prompt where you are asked whether or not the Internet has improved people’s lives or made their lives more complicated. To describe some of your thoughts on the topic, you could say:

“It is indisputable that the Internet plays an essential role in people’s lives today.”

Naomi: Ooh, that’s a good one! But what if there was a different IELTS Writing topic. What about… say...education!

Eliot: OK, give me a moment, I have something for this….

“It is undeniable that education offers us opportunities to get higher salaries and a better life.”

Naomi: I like it. Let me do one! Hmm…“It is clear that modern technology makes our world more connected and entertaining than ever before.”

Eliot: Nice one! OK, shall we look at another sentence pattern?

Eliot: You can start a sentence with “there is no doubt that….”

Naomi: Could you also say “There is no denying that…?”

Eliot:  Yes, that’s a good variation on the pattern. So, an example. How about….

“There is no denying that the cost of living is rising higher and higher in big cities.”

“There is no doubt that child safety is an important concern for parents.”

Eliot: You are coming up with such good examples, Naomi.

Naomi: Aw, thank you. You too, Eliot. OK, what sentence pattern are we going to try out next?

Eliot: Next, let’s look at sentences th at include the phrase “an increasing number.” Or alternatively, “a growing number….”

Naomi: “A growing number of experts feel that climate change is the most serious environmental challenge we face today.”

“An increasing number of people around the world are using smartphones.”

Naomi: I love these. So far though, it seems like all the examples are just for describing situations or making broad statements. Do you have any sentence patterns that serve other purposes?

Eliot: Sure thing, Naomi.  I was just about to get to that.

Naomi: Before we talk through the rest of Eliot’s “stupendous six” favorite IELTS Writing sentence patterns, let’s pause for a word from Magoosh.

Kevin: Do you want a great IELTS score?

Here’s what you’ll get with Magoosh:

Are you ready to improve your score and get into your dream program? Great! We’re ready to help you. Visit us at ielts.magoosh.com and use coupon code “podcast” to save 20% off your IELTS test prep.

Now back to the show!

Eliot: So my next favorite sentence pattern describes cause and effect. This sentence pattern mentions the effect first, and then the cause. You use “The reason why (effect)...” “... is that (cause).”

Naomi: Let me make sure I understand this pattern. In this kind of sentence, you would say…

I think I get it, but I’m not sure. Could you come up with the first example, so I can really understand how this works with cause and effect statements?

Eliot: I can do that! We’ll start just with a cause and effect. Let’s say the cause is heavy rain, and the effect is flooding….

Naomi: I’m with you so far.

Eliot: Good, good. OK, the sentence pattern could be like this:

“The reason there is so much flooding is that there was a very heavy rainfall.”

Eliot: Yes, it’s a little bit of a tricky pattern at first, but once you master that pattern, it’s so useful. So we’ve covered general statements, cause and effect…. Now let’s look at another important writing purpose in IELTS essays: describing a debate over an issue.

Naomi: That does come up a lot in IELTS Writing Task 2. So, what pattern do you recommend for framing a debate?

Eliot: “There is a hot debate over….”

Naomi: “Hot.” I know the most common meaning of “hot.” But “hot” doesn’t mean “high temperature” in this case, does it?

Eliot: It really doesn’t. In this context “hot” means “well known,” and “active.” It’s a great way to describe debates about the modern social issues that come up in the second IELTS Writing Task.

Naomi: The debate is “hot,” so everyone’s talking about it. I can picture that. And I think I have an example. Want to hear it?

Naomi: There is a hot debate over how much time children should spend playing video games.

Eliot: That is a nice, relevant, “hot” debate. Ok, I’ve got another sentence pattern for you, with a new purpose: connecting two qualities.

Naomi: OK, what do you mean by connecting qualities? That one is really hard to picture.

Eliot: Yes, that particular aspect of IELTS essay writing is hard to describe without giving both a good pattern and an example. I’ll start with the pattern. The pattern uses comparative adjectives, words like “more,” “less,” “greater,” smaller,” “louder,” and so on. And then the comparative adjectives fall into this pattern:

Eliot: We really do need an example for this one, don’t we? OK, how about:

“The younger someone is, the more dependent they will be on their parents.”

Naomi: OK, now I get it. You’re connecting the qualities of being young and being dependent. OK, let me show a link between two qualities: “The bigger an animal is, the more food it needs to eat.” I’m connecting size with appetite.

Naomi: That’s been six sentence patterns, hasn’t it? Your stupendous six. So beyond those six, what else is out there?

Eliot: There are so many good ones to choose from. If you’re taking the IELTS, pick a handful of sentence patterns you really like. Master them, commit them to memory, and you’ll have a handy group of secret weapons when you get to IELTS Writing Task 2. And if anyone wants to learn a little more about IELTS sentence patterns, check out our blog article “Useful Sentence Patterns for IELTS Writing.” That article covers my sic favorite sentence patterns, with a few extra examples, and there’s a seventh bonus sentence pattern that’s useful for writing a conclusion to a paragraph or to a whole essay.

So what did you think? If you need to look at these tips again, check out the show notes for a transcript of this episode so that you can follow along and listen again.

Oh and by the way! We’re looking for volunteers to help us translate the show transcripts from English to your first language. If you are interested, please email me at naomi@magoosh.com with the subject line “translation,” and let me know what language you can translate into!

Thanks for listening! If you like our show, help us out by leaving a rating and review in Apple Podcasts, it helps people find us! And don’t forget to hit the subscribe button. Until next time! This is Naomi at Magoosh, wishing you happy studying!

Previous
25 - How to Prepare for IELTS Academic Speaking