Paul Stanley may be best known for his "Starchild" persona — rock and roll icon, painted-face superstar, co-founder and frontman for the legendary rock group Kiss — but he’s as complex as the costumes and pyrotechnics you see on stage at his concerts. A successful author, painter and business owner, Stanley has a soft and soulful side you might not expect from the man in leather tights selling out arenas. He opens up to host Giselle Fernandez about life as the Kiss frontman and says the reason the band works so well — with 30 gold records and more than 100 million worldwide album sales — is they’ve always listened to what the fans want. These days, Stanley is going in another direction with his 15-piece ensemble band Soul Station, whose newly released album pays tribute to the R&B and soul sounds of the past. Previous
'I was one of them.' Norma Duque's emotional interview on the border's immigration crisis 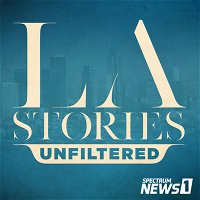