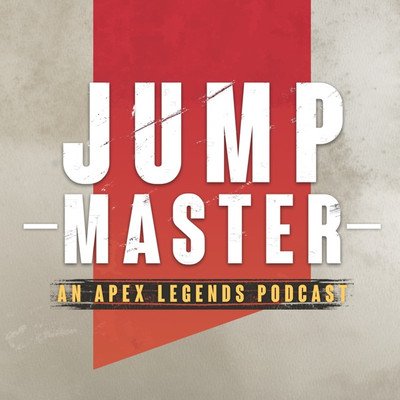 On this week’s Jump Master episode, the crew is joined by Spawn On Me’s Kahlief Adams to celebrate the fact that Apex Legends Season 4 is here! They discuss Revenant and his abilities, the Sentinel Sniper Rifle, the Planet Harvester and other map changes to World’s Edge, and more.

Nathan writes in for this week’s Fly Together segment:

“I’m a lifeline main and have almost 2000 lifetime kills (1000 with bloodhound) and am looking for a more consistent ranked team to play season 4 with cause I’m tryna play on kings canyon!”

Character of the Week:

Friend of the show, Steve Fontana, submitted today’s Character of the Week:

Nikolas comes from a long line of high end chefs. His father, grandfather and all his aunts tried to show him the nuances of cooking, but Nikolas seemed to only be fascinated by the butchering of animals. Soon this became an obsession and he now has a bloodthirsty desire to butcher animals and feed them to the legends of the Apex Games. He will feed them at any cost…and if there are no animals…well…

Chris Edgerton (@wheels1993) asks, “if i havent played apex since launch.. is it a good time to come back?.. or are we stuck in a fighting game situation where only killers are left?”

Riana (@rianatweetsnow) asks, “What hop-ups or attachments do you miss?”

Emmett (@ejsponge61) asks, “I’m really praying that next season’s weapon won’t be another sniper. If it isn’t, what type of weapon would you like to see? I’m hoping for something quirky like the Softball or EPG from Titanfall 2?”

John (@maddockjr) asks, “With all these weapons changes what are your ideal load outs now? Also is the havoc straight trash tier since there is no turbocharger?”

Nathan writes in, “I know last year in one of the jumpmaster podcasts you talked about where you think apex will be after their one year anniversary, what have been the things you wished they would have fixed/added to the game in the past year that they haven’t added? And where do you think this game will be at the 2 year anniversary???”