Listen to some of the most powerful thinkers in the world: Ben Okri, Anita Anand, Sanjay Kak, Marianne Nicholson, Aza Raskin and Kritika Pandey. They take us through complex histories and call on us to fight for and imagine better futures.

5×15 is a speakers series that originated in London and has featured speakers like Salman Rushdie, Gloria Steinem and Brian Eno. ISF has hosted the only Canadian iteration of 5×15 every year. This special global edition of 5x15 is jointly curated and hosted by Eleanor O’Keeffe (co-founder of 5×15) and our own Co-Founder and Artistic Director Sirish Rao.

Presenting in Partnership with 5x15

Indian Summer Festival is made possible thanks to the wonderful support of: 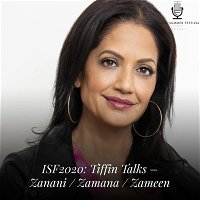