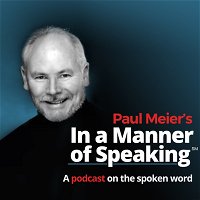 For the March episode, Paul discusses the phonetic phenomena known as the glottal stop and the schwa. The glottal stop is that little explosion you feel in your throat when you say phrases such as  “uh-huh,” “huh-uh,” and “uh-oh,” while the schwa is the most common vowel in the English language that is not formally a vowel. Instead, it’s a vowel substitute that sounds like “uh.”

The clip from Roar by Katy Perry, Maria Callas singing Summertime, and the Filipino beatboxer Rhelzedeck are used under fair use.

The post Episode 38 (The Curious Affair of the Glottal Stop and the Schwa) first appeared on Paul Meier Dialect Services.