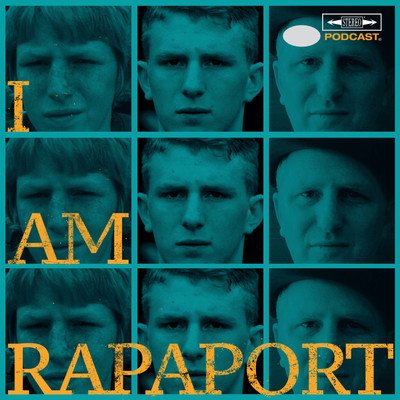 His name is Michael Rapaport aka The Gringo Mandingo aka Captain Colitis aka The Jewish Jake LaMotta & he's here to discuss: His voice being better than it has been, leaving Los Angeles, being back to Fall in New York City & if he should do guided tours in Central Park, laundry list of antibiotics from Doctors, beating TSA to the airport & saving a plane, going to Philadelphia & The Rocky Steps, Tyson Fury vs. Deontay Wilder & The Paul Brothers making a mockery of boxing, Heavyweight Boxing & the weight difference, The Heel Stompers Saga & Mrs. Rapaport, Superman Being Bisexual, CaptainPicks going off this weekend, the Yankees getting knocked out by the Red Sox, The Bills looking good on the yard & NFL Week 5, upcoming NBA podcasts, Ben Simmons back to Philly & so much more! This episode is not to be missed!

For all things sports wagering use MyBookie.AG with Promo Code: DINGO

Next
EP 865 - DR. HITTING IT FROM THE BACK & BODYGUARD MRS. RAPAPORT/SICK F*CKS OTW/JON GRUDEN GONE & NFL BEING FULL OF IT/NBA WESTERN CONFERENCE PREVIEW
← See all 618 episodes of I AM RAPAPORT: STEREO PODCAST