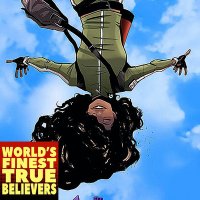 Skyward Vol 1 : World's Finest True Believers 40
1 hour 26 minutes Posted Nov 2, 2020 at 3:00 am.
0:00
1:26:22
Download MP3
Show notes
In this episode, Chris welcomes Clay who is the host of the “Ranger Alliance” (on the Geek
Ultimate Alliance network) and “Fanboy Comics” podcasts and co-host of “Comic Book Legion”
podcast to discuss the first volume of his favorite comic book series, “Sykward”. Joe Henderson
and Lee Garbett takes us on a young woman’s journey to find her place in a world turned
upside down. One day, gravity on Earth suddenly became a fraction of what it is now. Twenty
years later, humanity has adapted to its new low-gravity reality. And to Willa Fowler, who was
born just after G-day, it’s pretty awesome. You can fly through the air! I mean, sure, you can
also die if you jump too high. So you just don’t jump too high. And maybe don’t get mixed up in
your dad’s secret plan to bring gravity back that could get you killed. 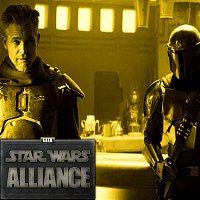 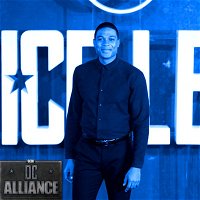