And now for something slightly different. Katherine Spiers, TableCakes CEO and our first-ever heterosexual guest, joins Drew and Glen to talk about the British sitcom Are You Being Served? and in particular its resident homo Mr. Humphries. It’s also our first remote guest, because this was recorded during pandemic times, so please forgive the fact that this outing has less-than-optimal sound quality. We will do better next time. If you can hang with Zoom-level audio, there’s some interesting talk about how sitcoms play out across the pond.

Listen to the game show episode that Katherine also guested on.

Listen to Katherine’s food podcast, Smart Mouth, and in particular the soda series that Drew guested on.

Watch the pilot for Beane’s of Boston, the attempted American remake of Are You Being Served?, which stars Charlotte Rea as Mrs. Slocombe.

And regardless of what Katherine says, watch Smack the Pony — the dating agency series in particular.

This episode’s outro track is “Calling All Boys” by The Flirts. 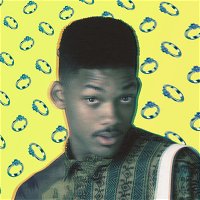 Previous
Will Smith Is Uncomfortable Playing a Gay Character Onscreen 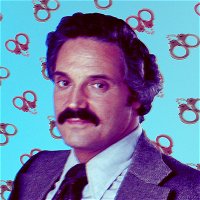