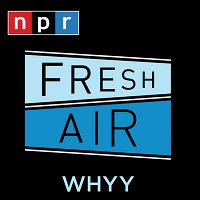 Failure & Dysfunction In The Secret Service
47 minutes Posted May 17, 2021 at 1:30 pm.
0:00
47:21
Download MP3
Show notes
Pulitzer Prize-winning reporter Carol Leonnig's new book, 'Zero Fail,' examines how the Secret Service is underfunded, overworked, and increasingly relying on luck. "They strongly believed that it was a matter of time before a president was shot on their watch," Leonnig says. We talk about the impact of JFK's assassination on the agency, the prostitution scandal in Colombia ahead of Obama's trip there, and how Trump's golf trips drained the agency's resources.

Next
Seth Rogen
← See all 50 episodes of Fresh Air