The guest this episode is professional DJ and Rapper, DeeJay St. Joel.

Joel is a returning guest to the 'Filter Free Amerika' podcast and fallout his first appearance is in, the reason he is back. In his previous 2011 appearance, he and Joey talked about his work as a DJ and focused mainly on his work specifically as a Strip Club DJ.

Now years later, a woman who worked as a dancer at strip clubs with him is stalking him and his family online, making horrific claims about him and has even referenced his first FFA appearance in her claims!

Joel was defiantly willing to come back on the show and publicly address this woman's claims and set the record straight. Joel goes into great detail about her claims and all the drama she has created for him and many the other strip clubs she has worked at and then later made claims about too. Joel of course also talks about his current DJ work and his newest album release titled, 'Gypsy Cobra'

Previous
Cop That Got Fired (with Brandon Bergeron) 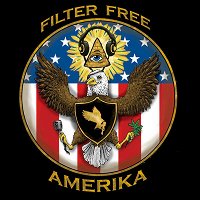