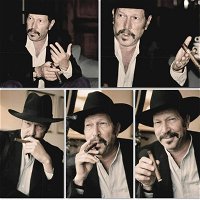 Kinky Friedman Pt.1 - Musician/ Author/ Politician/ Activist/ LEGEND
1 hour 2 minutes Posted May 23, 2021 at 10:00 pm.
0:00
1:02:57
Download MP3
Show notes
Kinky Friedman Pt. 1
Take a walk with me down Fascination Street as I get to know a legend, in part 1 of my conversation with Kinky Friedman. Richard "Kinky" Friedman is a singer / songwriter, musician, author, activist, and former politician. In short.... Kinky is a LEGEND. In this episode, The Kinkster and I chat about moving to Texas when he was 1 year old because he couldn't find work, and eventually becoming a musician. We discuss some of his songs, (including one that was very important to Nelson Mandela while he was in prison). We also talk about the current state of the music industry, and some of Kinky's more recent albums; including his forthcoming release 'The Poet Of Motel 6'. Then we spend some time talking about a new project where (previous guest) Mike Dawson is narrating all TWENTY of Kinky's detective novels as audio books! Along the way, Kinky shares stories about Willie Nelson, Bob Dylan, and even Abbie Hoffman; plus, Kinky lets me play a couple of his songs. This is part 1 of my conversation with the great Kinkster. Make sure you come back for part 2, and the conclusion of our talk.
Follow Kinky on social media:
Twit: @FriedmanKinky
Insta: @KinkyFriedmanOfficial
FB: Kinky Friedman
Website: KinkyFriedman.com / EchoHill.org
This podcast uses Spreaker for stats. Learn more on this podcast's About tab. 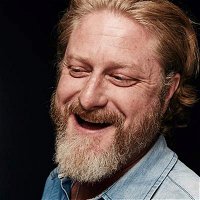