Perlak, who most recently worked as strength & conditioning coach at Colonial Athletic Association newcomer Elon University, will begin his tenure at Delaware on May 19.

“We are excited to have Ted join the Blue Hens family and serve as the leader of our strength and conditioning program,” said Ziady. “This position is critical to the success of our athletics teams here at Delaware and we are confident that Ted’s knowledge and innovation in this area along with his hard work and dedication will help prepare our student-athletes for great success on the playing fields.”

“It’s a great honor to be named the head strength & conditioning coach at the University of Delaware,” said Perlak. “During the interview process I had the opportunity to see the vision of the administration and it is something I’m excited to be a part of. The opportunity to work with Coach (Dave) Brock and his staff along with all the other coaches makes this 100 percent a place my family and I want to be. I can’t wait to get started.”

Perlak spent the 2013-14 season at Elon, a current member of the Southern Conference that sponsors 17 intercollegiate sports, including football. The Phoenix will join the CAA as a full-time member in all sports this fall.

“I am really excited to welcome Ted and his family to the University of Delaware,” said Brock, who will begin his second season as head coach this fall. “This hire represents a great opportunity to upgrade one of the most critical areas of all successful football programs. I can't wait for Ted to get going with our players as we enter the summer phase of our strength and conditioning.”

Perak previously spent eight seasons at Fordham University, including the last six seasons as the head strength and conditioning coach. While at the Bronx, N.Y. school, he worked closely with the football, basketball, soccer, softball, and track and field teams.

Prior to his stint at Fordham, Perlak served as the director of strength and conditioning at Iona College for two years. While at Iona, he was responsible for the design, implementation and coaching of all varsity athletic programs. He also supervised and organized staff participation in off-season and preseason workout sessions.

Perlak has been involved with the United States Olympic Training Center, serving as a strength and conditioning resident intern from January until May of 2004. In that role he assisted the staff in developing and implementing programs for Olympic, Olympic hopefuls, Pan-American, and Paralympic individual athletes and national teams.

A 2001 graduate of Worcester (Mass.) State College, Perlak was a four-year starter and two-time captain with the football team before earning a bachelor's degree in health science with a concentration in exercise science.

Following a year in which he served as the strength and conditioning coordinator at his alma mater, Perlak worked at Temple University as an assistant and earned his master's degree in sport administration there in 2004.

A native of Pittsfield, Mass., Perlak and his wife, Christine, have a daughter, Rueby Mae. 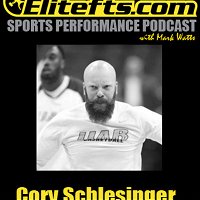 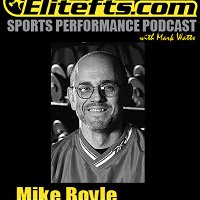