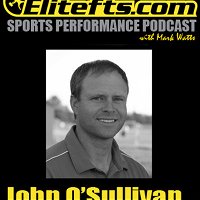 Interview with John O'Sullivan, Founder of Changing the Game Project

What motivated John to start the Changing the Game Project

The role of a Former Athlete, Coach and a Parent

The US Developing a slow players on the field

Early Specialization: The Race to Nowhere

The Trickle down effect of early competition

The Role of Physical Education with Youth sports

The 7 Cs of High Performance

Are we communicating to the right people?

How to reach John O'Sullivan

John started the Changing the Game Project in 2012 after two decades as a soccer player and coach on the youth, high school, college and professional level.  He brings to the table a wealth of practical, hands on knowledge garnered through years of working with players and their families on sport specific development, fitness and nutrition, college recruiting, and most importantly, nurturing positive, healthy, and supportive relationships between parents and their young athletes. He has complied much of this information in his #1 bestselling book Changing the Game: The Parents Guide to Raising Happy, High Performing Athletes, and Giving Youth Sports Back to our Kids.

Originally from New York, John is a 1994 graduate of Fordham University, where he was a team captain as a senior, and a member of the 1990 Patriot League Championship team.  After a stint playing professionally for the Wilmington (NC) Hammerheads of the USL, John began his coaching career as the Varsity Boys Soccer Coach at Cardinal Gibbons HS in Raleigh, NC.  He then moved on to become the Assistant Men’s and Women’s Soccer Coach at the University of Vermont, before delving into the world of youth club soccer.  Since that time, John has worked as a Director of Coaching for Nordic Spirit SC (Vt), Ann Arbor Youth Soccer Association (MI) and most recently as the Executive Director of Oregon Rush Soccer Club in Bend, OR.  He is currently the Central Oregon Regional Training Center Director for the Portland Timbers of Major League Soccer.  He holds his USSF A License, NSCAA Advanced National Diploma, and US Youth Soccer National Youth Coaching License.

John received his BA in History from Fordham University, and his Masters in History from the University of Vermont.  He resides in beautiful Bend, OR, with his wife, Dr Lauren O’Sullivan, and two wonderful children and aspiring young athletes: Maggie Shea, age 7, and Tiernan, age 5.


This podcast uses Libsyn for stats, and dynamic audio. Learn more on this podcast's About tab. 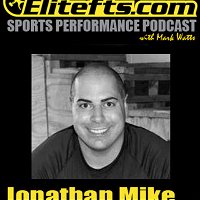