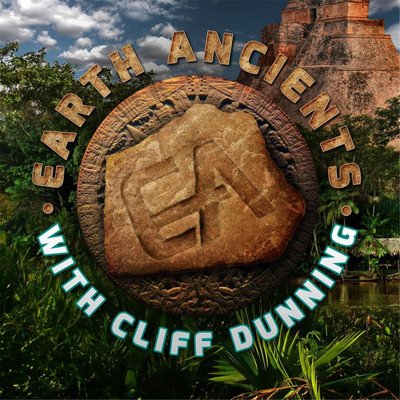 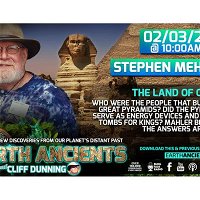 Stephen Mehler: The Land of Osiris, Wisdom of the Ancient Khemit
1 hour 26 minutes Posted Feb 3, 2018 at 10:00 am.
0:00
1:26:05
Download MP3
Show notes
Stephen Mehler’s fascination with ancient Egypt, which began at the age of eight, has guided his education and spiritual work all his life. Mehler holds three degrees in the sciences and is a trained field

archaeologist and prehistorian. Mehler also served as a Staff research scientist for the Rosicrucian Order, AMORC, in San Jose, California from 1978-1980.

For almost 16 years, 1992-2008 , Mehler was a student, disciple, and close friend of Egyptian-born Egyptologist and indigenous wisdom keeper, Abd’El Hakim Awyan (1926-2008), popularly known as Hakim. Stephen has written two books, The Land of Osiris (Adventures Unlimited Press, 2001) and From Light Into Darkness: The Evolution Of Religion In Ancient Egypt (Adventures Unlimited Press, 2005), based on his work and collaboration with Hakim and

Stephen’s over 45 years of research in the area. Stephen is currently Director of Research of his own Land Of Osiris Research Project.

Stephen became associated with the Khemit School of Ancient Mysticism in 2009 and currently does tours to Egypt and other sites with them. www.khemitology.com

Mehler has researched the phenomenon of crystal skulls since 1979, especially those known as ancient crystal skulls. Mehler has experienced and tested four skulls that he has labeled ancient artifacts, has seen as many as nine that could fit that category, and was able to work with Dr. Marcel Vogel and F.R. ‘Nick’ Nocerino. Stephen has written a book on the subject with David Hatcher Childress, The Crystal Skulls: Astonishing Portals To Man’s Past

(Adventures Unlimited Press, 2008).
This podcast uses Spreaker for stats. Learn more on this podcast's About tab. 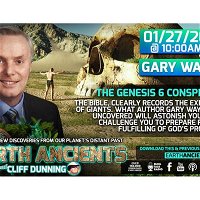