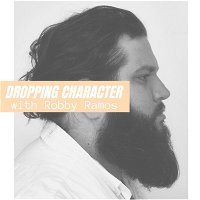 CM Punk aka Phil Brooks is a retired professional wrestler turned actor. He sits down with Robby to talk about his recent work as an actor, the early days of his wrestling career in the independent circuit, his rise to WWE stardom, why he decided to fight in the UFC, and whether his infamous pipe bomb promo was real or not!

This episode is brought to you in part by TSMA Consulting, the entertainment industry's leading social media firm. If you sign up for any of their management packages at TSMAconsulting.com make sure to tell them Robby sent you for an exclusive 15% off the first month.

Next
#007 - Xolo Maridueña
← See all 42 episodes of Dropping Character