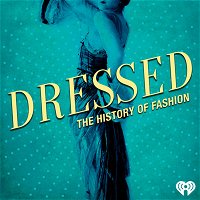 Thanks to a plethora of literature and Hollywood films, the American West holds an almost mythic-like place in the popular imagination. Its mere mention conjures images of legendary gunslingers and heroic homesteaders, among many other revered tropes. Lesser known and explored, however, is the American West's queer history and the many individuals who challenged and transgressed society's sexuality and gender binaries on the daily. Dr. Peter Boag joins us this week to discuss his book Re-Dressing America's Frontier Past.