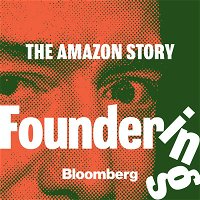 Jeff Bezos made an unorthodox decision two decades ago to open the Amazon’s virtual shelves to merchandise from outside sellers, turning the site from a simple online store into a virtual flea market. But converting Amazon.com into a marketplace also brought unexpected challenges. Cheap knockoffs flooded onto the site. Small businesses discovered that their professional lives were dictated by the whims of executives in Seattle.

Reporter Brad Stone chronicles the epic expansion of the Amazon Marketplace, which generated tremendous growth for the company and unprecedented wealth for Jeff Bezos. It also attracted a litany of complaints from customers and competitors – and the critical attention of regulators around the word. Next
Amazon Part 5: The Price of Speedy Delivery
← See all 165 episodes of Foundering