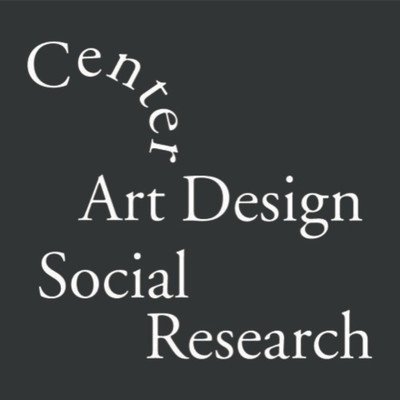 Conversations From The Center
Center for Arts, Design and Social Research
Episodes
About
Reviews
Charts
Promote 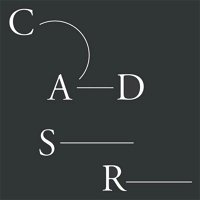 Hector Canonge discusses his studio home MODULO 715 in NYC, and the residency program he organized in the space. Faced with a fire that destroyed the building, he had to restart everything (once again). What is an audio performance? The first answer in our series comes from Tamara Al-Mashouk, who asks among other things: “Where are you from?” Next, we invited participants in our residency in Nairobi (Kenya) to discuss: how do you understand transformation in flux? How are materials (and their transformations) part of your art, activism, and research practice? Our group of conversants include artist Laura Porter (Paris/France), artist Wambui Collymore (Nairobi/Kenya), artist/organizer Dennis Kiberu, (Nairobi/Kenya) and photojournalist Adam Sings In The Timber (Providence/USA). We finish off with Dutch sound artist Zeno Van Den Broek’s interpretation of Conversations From The Center, through an audio composition of voices from the future. Portions of this program were recorded at the AfroQueer podcast studios in Nairobi, Kenya.

Hector Canonge is an interdisciplinary artist, curator, and cultural producer based in New York City. His work incorporates various forms of artistic expression: Performance Art, Dance, Multimedia Production, Installation, and Social Practice to explore and treat issues related to constructions of identity, gender roles, and the politics of migration.

Tamara Al-Mashouk was born in Saudi Arabia in 1988. She graduated from Wellesley College with a major in architecture (2010) and holds a Master of Fine Arts degree from the School of the Museum of Fine Art at Tufts University (2016). Through video, performance, and architectural installation, Al-Mashouk examines the movement of people across societal and national borders with specific focus on the intersectional body and conversely this body’s relationship to institutional systems. She has founded an all-female fine art gallery at a music and arts festival in upstate New York. She produces single and multi-channel video works for the gallery and public sphere- a five-channel video installation for a solo show in Boston, a two-channel video installation in Beijing, and a three-hour multi-channel

Adam Sings In The Timber (@signsinthetimber)

Adam Sings In The Timber is an enrolled member of the Crow Nation in Montana, USA. Adam was born in Montana and grew up in the Midwest of the USA. He studied photojournalism at the University of Montana, Missoula. Currently based in Providence, RI, his work captures the beauty and complexities of Native American culture without shying away from the realities of poverty, addiction and abuse. His photo making process ethically portrays Indigenous communities through art and documentation. Sings In The Timber’s work, combining documentary photography and portraiture, will be featured in an upcoming exhibition at the Field Museum in Chicago. Previous exhibitions include First Voice Art Gallery at the American Indian Center, Chicago; Paramount Theatre Gallery, Seattle; Montgomery Ward Gallery, University of Illinois-Chicago; Harold Washington Library, Chicago; Gallery OTR, Cincinnati, Ohio; and King Street Station, Seattle, Washington. His photojournalism has been published in The Guardian, Indian Country Today, Indian Peoples Magazine, USA Today and the New York Times, among others. He has lectured widely on the importance of Indigenous people documenting their own culture at institutions including Bowling Green State University, Northwestern University, Brown University, and the University of Colorado Boulder.

Laura Porter is an American artist who lives in Paris, France. She has a practice-based PhD in Fine Arts from École nationale supérieure des Beaux-Arts / SACRePSL. Through installation, sculpture, and video, her work considers modes of value production. With particular attention to the genesis of objects and tools as well as the role of the body in disposable economies, her works appear as small technological/nutritional economies or systems in the pro- cess of becoming animated. Laura Porter’s work has been presented at Centre Pompidou (Paris), Centre Régional d’Art Contemporain Languedoc-Roussillon (Sète), Fundació Joan Miró (Barcelona), FRAC Champagne-Ardenne (Reims), Woluwe Park (Brussels), In extenso (Clermont-Ferrand), and Bandjoun Station (Cameroon).

Born in 1982, in Kenya, Wambui Wamae Kamiru Collymore has been developing artwork around the theme of colonialism, identity, and independence in Africa. She is the Founder of The Art Space – an online contemporary gallery with alternative show spaces, based in Nairobi. Through her own work in contemporary art – mainly simulated experiences, Wambui tackles history, politics and social issues. Originally a painter, Wambui now creates installations with various mediums. She is currently intrigued by pattern, its repetition, and memory. Wambui Kamiru holds an MSc.in African Studies with a focus on Kenyan History from the University of Oxford. Her dissertation focused on the attempt to create collective memory around Kenyaʼs Mau Mau War and the family of Field Marshall Dedan Kimathi. With this background, Wambui tells stories about the passage of time, through her artwork. Her most recent exhibition, Wakariru (#Wakariru) was an exhibition about the destruction of language for everyday things and the accompanying loss of orally documented knowledge. It looked at memory and the forgotten history of the role of women in the Mau Mau war. It was shown at One Off Galleryʼs Space at Rosslyn Riviera. Akili Ni Nywele (#AkiliNiNywele) was created as part of Sensing Nairobi, a group exhibition that sought to describe Nairobi – the capital city. This exhibition focused on modern perceptions of womenʼs beauty and femininity in relation to hair and how “urbanized” women are increasingly wearing fake hair to enhance their beauty and femininity. It asked where this perception came from and what it means to us, both male and female. It was shown at the British Institute East Africa (BIEA) and at the Kenya National Museum. To see more of her work visit: www.wambuikamiru.com

Dennis Kiberu is a radio presenter, PR practitioner, music producer, disc jockey and photographer originating from and based in Nairobi, Kenya. He has studied Journalism and minored in Film at the Multimedia University of Kenya, with a focus on broadcast media and photography. In 2013 after finishing high school, he became a self-taught disc-jockey and went on to perform at events in Mombasa and Nairobi, where he later ventured to music production. In 2015, He was the Assistant PR Officer for the Ministry of Tourism. In the same year he ventured into commercial photography working with fashion designers, art studios, live concert performances and festivals. In 2016 he was a producer at Homeboyz Radio Kenya. Since 2016, he has been producing and presenting live a comical mid-morning Saturday show ʻSato Vybzʼ in Multimedia University Radio. 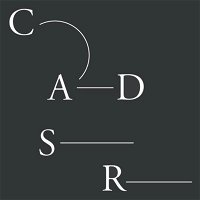 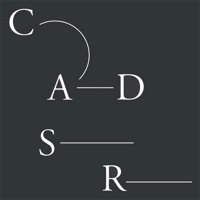