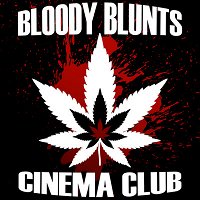 It's episode lucky 13, y'all! Bloody Blunts Cinema Club is joined by Chance Nichols, who brings with his Rob Zombie's diabolical directorial debut HOUSE OF 1,000 CORPSES to the show for my first time! Ever wonder what Rob Zombie's Texas Chainsaw Massacre would look like? This is pretty much just that, on acid. Take a hit and pass that spooky shit!

New episodes every Tuesday, sometimes Fridays too! Next episode I'm joined by Australian director Nicolas Verso to chat his film BOYS IN THE TREES, one of my favorite gems.

Stalk me on social media: