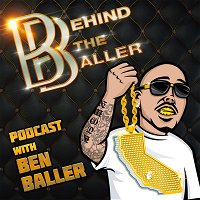 We are a Quarter Century deep! This is The Weekend Update on Behind The Baller with Ben Baller and Ben is here to discuss: Those who are and need to be messing with the podcast, being in The Bay Area, Ben Baller Did The Strain, R.I.P. John Witherspoon, having children, ComplexCon, Cameo, Introducing George Lopez at The Comedy Get Down on Friday, Jay Park Concert on Monday Night, the definition of a savage, Bhad Barbie vs. Woah Vicky, Steph Curry getting hurt, KAT vs. Embiid, The Nationals winning The World Series & more. Then it’s an honor & a privilege to have Alex Gintani of Gintani Automotive Repair Shop on Behind The Baller for EP 1 of The Auto Series to discuss: How he started, Being in business for 11 years, His first car & first sick car, The most beastly car he’s built to date, Fixing other shops’ messes, Demons & Factory beasts, Tuning, Cars that get the most horsepower gain from his setup, MacLaine & Pista, All time favorite car, What company makes the best motors, Gas differences, NA vs. Turbo, Overall goal for Gintani, Breaking the world record for stock turbo 720, the world record for the half mile, BMW vs. Benz & so much more. Then Ben comes back for the outro to discuss: Morning Octane, continuing The Auto Series, having a Happy Halloween and a whole lot more!

Next
EP 26 - THIS WEEKEND WAS A MOVIE: Bringing George Lopez on Stage, ComplexCon with The Murakami Collaboration, Kid Cudi Documentary/Performance & more
← See all 152 episodes of Behind The Baller Podcast with Ben Baller