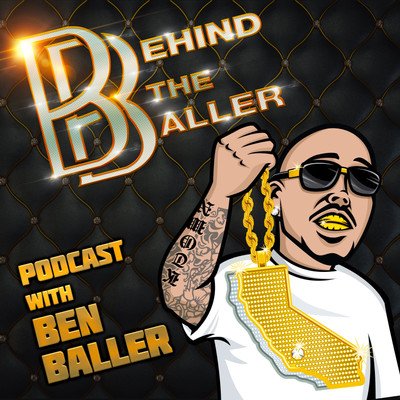 This episode is brought to you by @Klekt &  Presented by @crepprotect.

Introducing The Behind The Baller Podcast with Ben Baller Theme Music up top & it’s a banger! Our host with the most to boast kicks it off up top to discuss: Selling his Maclaren & picking up a new Ferrari, air fresheners in an exotic car, one of his first hustles with cars & Ghost Balling, NBA Players & Cars & more. Then it’s an honor & a privilege to have Houston Rockets Point Guard & Car Aficionado Austin Rivers joins Behind The Baller Podcast with Ben Baller to discuss: Taking the quality of life of L.A. for granted, Houston being a dope city, the whirlwind of being traded from Washington to Phoenix, The opportunity to sign with The Rockets, when Austin was traded from The Clippers, Being 100% Healthy, Smush Parker, who would win in a fight vs Dad Doc, Ben playing ball against Doc, The Clippers Locker Room Drama, If James Harden should have won MVP, Russell Westbrook joining the Houston Rockets, The Culture of Basketball, Eric Gordon starting at SF & playing small ball, Lou Williams, Biggest jokesters on The Rockets, Playing & Living in Houston, Playing for & Against his Dad, The Kawhi & PG13 Saga, Who’s coming out of The Eastern Conference, Anthony Davis to The Lakers, NBA Players’ off the court niches, Being a rookie in New Orleans & Zion Williamson, Blake Griffin & Kobe Bryant as 1st Year Players, Teams to Look Out for in the West, NBA2K20 & it’s Rating System, Best 3 Point Shooter in the NBA, The Hardest Player to guard in the NBA, Austin’s Car Collection, The Holy Grail of Cars, Being a Father, Gun Regulation, The Goin’ Off Podcast & more.Wrapping it up in the Outro Ben comes back to bring up: The Antonio Brown Situation, Snickers Chain Week 1, Dropping more knowledge & a whole lot more. Produced by: The Dust BrothersMusic by @lakeyinspiredAvailable on all Podcast Platforms, YouTube & BehindTheBallerPod.comBehind The Baller Theme Music Artist: Illegal Kartel (@illegal_kartel_mikal_shakur)Produced by: Gene Crenshaw(@yuyuthemaker)