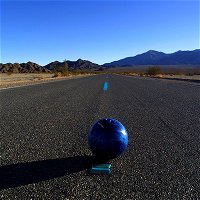 Today’s guest, Shari Belafonte knows cameras from both sides and she brings an understanding to the medium that is as palpable as her sense of humor. It was a pleasure to welcome her to the B&H Photography Podcast. Of course, we knew of Shari as the face from so many magazine covers in the 1980s and ’90s—no kidding, every other face at the check-out line melted away when you saw that smile. Of course, she has the same last name as a 20th-century legend (who just turned 93 this week, by the way), but did not use it at the beginning of her professional life. However, as her modeling career grew, so came television and movie roles, and she is currently a regular on the hit show, The Morning Show. Multi-talented? Yes, and we didn’t even talk about her singing voice, but what we didn’t know was that she went to school to work behind the camera and never really put it down, including stills and motion work over the years.

First to admit her modelling career came as a bit of a surprise, Belafonte did have her first professional shoot with none other than Richard Avedon, and that Calvin Klein campaign included a memorable early video component. In that period, she graced the cover of more than 300 magazines, including VOGUE, Jet, and Glamour. We speak with her about learning the modeling craft as she continued to learn the crafts of camera and lighting, working with the likes of Avedon and Francesco Scavullo.

We also flash back a bit and talk about growing up the daughter of singer, actor, and civil-rights activist Harry Belafonte, discussing his Leica cameras, the role of photography in their household, dealing with the press and paparazzi, and a few of the famous shots of her father with his friend Dr. Martin Luther King, Jr. Shari had her first camera at age four and generally spent high school and college in the darkroom before modeling and acting took over. Later, a well-timed gift of the then-new Canon EOS camera reignited her passion for making images and she continued, exhibiting several series of work over the years, shooting stills and BTS on films, even learning Steadi-Cam and “dp’ing” on music videos and shorts. We talk technique, interaction with talent, post-production, and about the power and beauty of creating a “moment in time.” Join us. 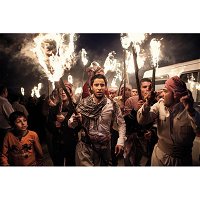