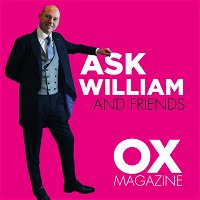 Stuart Jarvis. Patron of the arts, theatre and showbiz, Oxford man Stuart Jarvis passed away after a short illness in December last year. His final wish was to record this interview with his old friend William Thomson, and have it played at his funeral for family and friends. In this moving and uplifting conversation, Stuart talks endearingly about how important love is, within a life well lived. He tells tales not just of his adoration of the theatre and the world of entertainment, but of the people he met in it. He speaks lovingly of those behind the scenes in hospitality and show business, the unsung heroes, who work tirelessly because ‘the show must go on’.