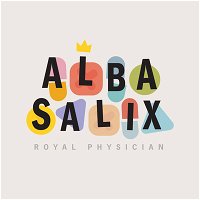 As Alba and Holly race to cure a deadly outbreak of cranial swelling, Magnus receives a visit from the kingdom's most feared outlaw.

Find and support our sponsors at: fableandfolly.com/partners

and Olivia Jon as Holly

and Jasmin Cheng as the Page

Written and directed by Eli McIlveen

Next
Alba Salix E105: To Market, To Market
← See all 55 episodes of Alba Salix, Royal Physician